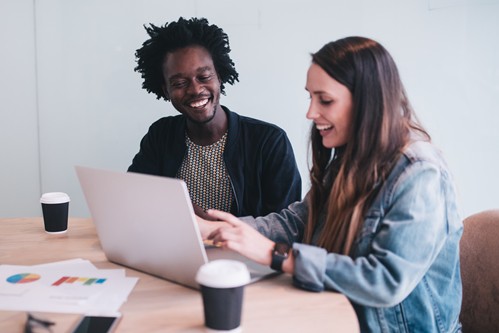 4 assertiveness techniques that will help you succeed

Understanding assertiveness and being assertive are often two very different things. I’ve found that, although people may grasp the concept, they can struggle with putting it into action. However, making small steps towards more assertive behaviour isn’t difficult. With the right techniques you can bring success by building respect and creating strong connections with others.

According to the study titled ‘The Power of Feedback’ authored by John Hattie and Helen Timperley of the University of Auckland, feedback is one of the most critical influences on a student’s learning. It’s easy to imagine that this doesn’t fade as we enter adulthood and the workplace. However, giving feedback comes with the risk of offending or discouraging someone, as well as helping them learn. People also struggle with providing honest feedback, especially when it’s requested by a superior. This is partly because they don’t know how to do so.

The university suggests that your feedback should focus around three main questions.

Answering these questions in a constructive, positive way that acknowledges the work already done is vital. At no point should feedback come across as negative. Good critique should see the potential in a project, suggest ways of improving it and give unbiased and well-thought-out responses.

Learning how to give sensitive but useful feedback will encourage more respect from people than simply being a yes-man. It gives you a chance to demonstrate both your soft skills as well as your critical thinking skills. Becoming a person that people want to receive feedback from is a great sign of respect.

2. Consider your response before giving it

Rushing into an answer often means that you miss out on the chance to make better points. If you take the time to consider your opinion when responding to a query, you can:

Depending on the scenario, you might also want to ask them further questions to round out your understanding of what they’re asking or undertake research of your own.

Assertiveness is about having the confidence to express what you’re thinking. Giving yourself a chance to consider your responses allows you to do this. I believe it also increases the esteem others hold you in, as they see you care. Thinking things through and applying good judgement makes you someone worth listening to.

The true meaning of assertiveness includes respecting others’ thoughts and opinions, as well as your own. Connecting with others on a personal level is a technique that improves this side of your assertive behaviour. It gives you the chance to view other perspectives, hear what they have to say and build your ability to empathise.

A great way to build strong connections with the people around you is by actively listening to them. This means:

Building relationships and showing respect to everyone you encounter, no matter their status, is an excellent reflection on your character. It also helps strengthen your influencing skills. People who you have a strong connection with are much more likely to listen to you and hear you out if you’ve done so for them in the past.

I knew someone once who was great at ensuring he was heard. If he disagreed with something he would say why and he had no problems standing up for others. However, despite this assertive appearance he let himself down in one area – he couldn’t bring himself to say no to others’ requests.

He had no respect for his own time. While he could talk the talk, when it came to his own needs he fell short of walking the walk.

Saying no is something many people find difficult. I’ve often found that it’s because they feel they are saying no to the person, rather than the request. However, the two are quite different.

Your time and energy are precious and equally as valuable as others’. Blindly saying “yes” to each request that comes your way devalues them, in both your and the other person’s eyes. Instead, consider what’s being asked of you. If you need to, say “no”. Communicate your refusal in a polite and respectful manner, but don’t shirk away from doing so if it’s the right option for you.

Knowing when to say “no” is vital for success. It allows you to channel your time and energy into projects that make the best use of your talents, rather than having it eaten away by small tasks that people hand on to you because they know you won’t say no to them.

If you’d like to know more about how ICML can help you develop assertiveness techniques and aim for success, get in touch today.