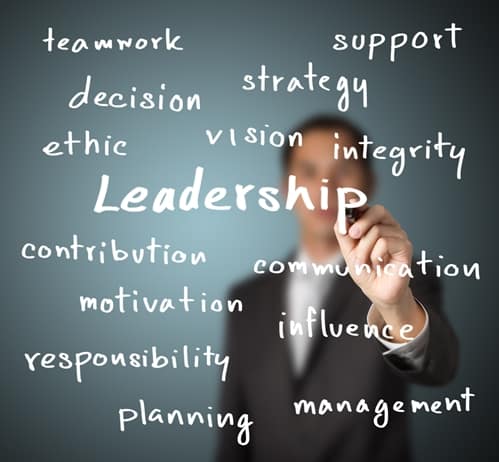 5 ways to influence employee behaviour in the workplace

As a leader in a company, being able to lead takes a great part of your role. While you obviously can’t directly control your employees (and wouldn’t want to if you could) you carry the responsibilty for the way they behave under your management. But this doesn’t mean just taking it on the chin whatever your employees decide to do – it means using your management training to influence them to behave more in line with the business’s goals.

Here are five ways you as a leader can influence the behaviour of your employees.

1. Communicate the behaviours you desire

Sometimes your employees might be acting in a way they don’t realise is undesirable simply because you’ve never communicated this to them.

As a leader, you set the standard for the company. If there’s ambiguity around what is and isn’t appropriate, this is only going to fuel those that wish to behave in a manner that’s in conflict with the greater aims of the company. Don’t be afraid to be explicit about things. Your employees will be happy if not for the guidelines themselves, but simply the fact you’re upfront and clear about them.

Jack Zenger and Joseph Folkman, CEO and President respectively of the leadership development consultancy Zenger/Folkman wrote in Harvard Business Review that inspiring employees is the most effective strategy to get them to act, rather than ordering them around.

They split behaviour management into either push or pull methods – you can push employees towards the behaviours your want, or you can pull them along by leading out in front and making them want to follow.

There’s perhaps nothing more frustrating for an employee than to be told to do one thing while the boss does another. True, different roles often mean different behaviours and actions are necessary. But if you want your employees to be polite, for example, you must be polite yourself. Inspiring them to act like you is far more effective than telling them to do as you say, not as you do.

As anyone with children will be able to tell you, sometimes the more you remind someone of a behavioural change, the less likely they are to do it. The cause of this is often unclear; perhaps it’s a strategy to demonstrate autonomy and self-direction. No one wants to feel as though they’re being controlled, so rebelling against constant demands is one way to show you are.

Whatever the cause, nagging only serves to irritate and annoy. It’s the ultimate bad ‘push’ method. Use a more reassuring communication strategy instead, as you can learn on an influencing skills course: Influencing your employees and motivating them to do what you expect them to do requires communication techniques rather than constant orders.

4. Give the team goals, not just individuals

While it’s always important to set performance targets for individuals, it’s also wise to do so for the entire team. The simple action of setting a team goal reminds everyone what they’re aiming for, that they’re all jointly responsible for getting there, and that they need to align their behaviour in step with the team.

Team goals also help individuals connect to the results of their work – a key element in effectively motivating employees.

Another of Zenger and Folkmans findings, the leaders that can bring the change are the leaders that are not afraid to go against “the ways things are done around here”. Instead of accepting the status quo as the best way to go, the most effective leaders choose to blaze their own trail, and in doing so earn the respect and the following of their employees.