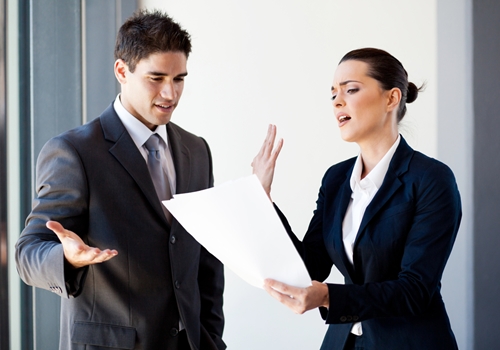 Curtail the conflict: How to manage disagreements

In offices with just a few staff, or even in conglomerates with thousands of workers, the occasional conflict will arise. While perceiving the emotions of others may come naturally to leaders, those without the relevant skillset may say something that rubs up their peers the wrong way without even realising.

Managing those conflicts is important in keeping everyone on track and productivity high. However, knowing what to do when two parties get heated is something that many people simply can’t deal with. Here are the things to keep in mind the next time a disagreement surfaces in your team:

It’s human nature to be fearful of conflict and attempt to avoid it as much as possible. However, if you’re a leader and two subordinates are sparring, you simply have to get involved.

Rather than being sheepish, embrace the drama. Proactively weighing in before any disagreements reach a tipping point will not only see you defusing the situation, but you may well find a more productive way of doing things going forward.

There can be a fine line between lively debate and all-out war in the workplace. While the former can prove fruitful, the latter is incredibly destructive.

Establishing how far you’re willing to let employees go is important as the occasional slightly heated exchange will help find new and interesting solutions to problems, particularly when developing high performance teams. Misjudge it, however, and you can end up with a workplace full of disgruntled staff.

It’s hardwired into humans to reciprocate the feelings of any parties we engage with. Taking this mantra and projecting it onto your team can be beneficial.

Making sure that each conflicting member of staff appreciates the view of the others can quickly help solve issues. While not all arguments are bad, the most productive end products will likely arise when all involved are a little more empathetic to one another.