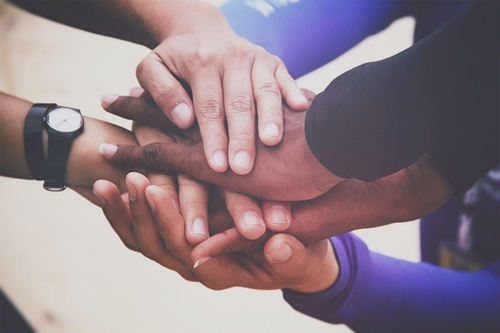 Democratic leadership: What is it, and how can I achieve it?

No one likes a dictatorial boss. At one point or another, most people have worked under what’s called ‘autocratic’ leadership – basically, their employer makes all the decisions without consulting the team. What, then, is the opposite of this leadership type?

Democratic leaders, unlike autocratic bosses, take everyone’s perspectives into account before making big decisions. Like a democratic government, the voice of ‘the people’ is what really matters when it comes to implementing change in the organisation.

This leadership style is commonly used on  university campuses, where professors lead the class but highly value the input of the students. Let’s determine what this means in a business setting, how it is to work for a democratic leader and how you can become one.

What does it mean to be a democratic leader?

Above all, being a democratic leader is about encouraging the involvement of your team. The easiest way to sum up how a democratic leader works is through the question, “What do you think?” according to Fast Company. These managers and bosses are constantly seeking the input of their employees – they know that sometimes the best insights come from people on the floor.

More so than many others, this leadership style makes people feel valued in the workplace. Employees get the sense that their leader does not prioritise his or her opinions over theirs. This, in itself, can be a productivity and morale booster for many teams.

The primary drawback of being a democratic leader is that you don’t have the same amount of power as other leadership types. However, with a solid team that is happy to contribute their ideas, this is usually not an issue.

Working under a democratic leader

What’s it like to work under a democratic leader? In most cases, it’s great. Employees tend to feel like their opinions matter – they actually have a say in how the company is run. This environment is a great place to cultivate leadership traits in yourself, as you’re expected to carry some of the decision-making responsibility.

In some workplaces, however, democratic leadership doesn’t work well. For example, if a company had a good number of employees who wanted decisions made for them, a democratic leader would not have much success. Employees who require close supervision and structure also might not thrive under such a leader.

A democratic environment is a great place to cultivate leadership traits in yourself.

There are cases, as well, when decision-making in a democratic work environment isn’t as efficient as it could be. If the leader doesn’t ultimately step in and make the final call, employees with different opinions could keep the balls in the air for far too long.

How do I become one?

The best way to become a democratic leader is by working under one. Through making big decisions, working with the team and receiving leadership training, you can prepare to be a thought-provoking, insight-seeking boss or manager.

The most important thing to remember, though, is to keep the power with the ‘people’. If you get too used to making big decisions while working under a democratic leader, you might not be prepared to give up that power once you are a leader yourself. That’s not necessarily a bad thing – it just means you’ll fall under a different leadership type.

Regardless, all potential leaders can benefit from management training, like the courses ICML offers. To hear about how we can help you develop your own leadership style, reach out to us today.