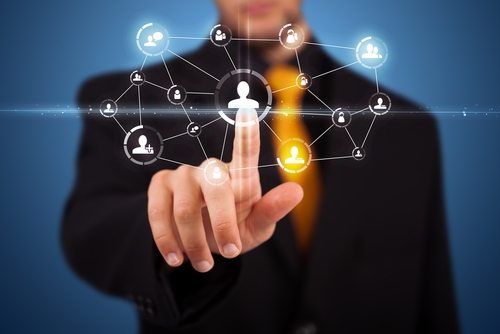 Do you find virtual teams a challenge?

It’s not a secret – technology has radicalised the way many organisations operate and think. So it’s no wonder that it has also transformed how high performing teams work together.

More and more businesses are creating virtual teams to both cut costs and connect people. This allows businesses to collaborate and communicate with their colleagues without the need to meet face-to-face. They are used by almost half of companies in the US, who are reportedly coming up with better solutions, setting goals for group work, and creating plans to make projects happen.

“Getting [virtual teams] to function can be a challenge.”

But almost one-third of local business teams were using them too, according to a 2012 survey from the Society for Human Resources Management. And this research was conducted four years ago, so chances are virtual teams are much more common now as there is a growing focus on flexible working arrangements and staying connected 24/7.

“When virtual teams work, their productivity can be impressive,” said Evren Esen manager of the SHRM’s study, “But getting them to function can be a challenge.”

So why are so many teams hitting a stalemate when working virtually? A new study suggests a lack of leadership training could be the cause.

Intercultural business consultancy RW3 CultureWizard found that over half of the 1,372 professionals RW3 surveyed reported their team leaders were not competent in their roles. And when a leader doesn’t have the capability to build a high performing team, we know that various issues can arise.

It is unsurprising, therefore, that the major challenges virtual teams face revolve around a lack of engagement, unclear expectations and slow decision-making.

For instance, 79 per cent had colleagues who did not participate in the virtual teams, and 75 per cent saw that making timely decisions was a rarity. What’s more, a lack of face-to-face contact made it difficult to accurately communicate, manage conflict, and establish a trusting group ethic.

Deloitte spoke to Dr Will Felps and Masters student Virginia Kane from the University of New South Wales about their research into virtual team leadership. Their study found that virtual team members often get caught up in the technology and forget about people behind the screens.

They don’t spend enough time socialising or engaging in small talk, and often don’t make enough use of richer communication channels such as video calling. So what is the solution? It’s pretty simple, really. Both team members and team leaders need to understand how to manage projects in this virtual space.

So if your team is struggling to become virtuosos in the virtual space, check out what the Institute for Management Communication and Leadership can do for you.