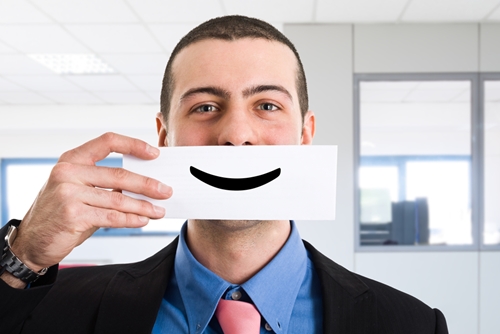 Good leaders need to be likeable. Are you?

I had several meetings with a senior manager from a local company a few years ago. We discussed a project that I was enthusiastic to be a part of, but the more we talked, the more I lost my enthusiasm. The project was great, and the manager was more than up to the task, but what put me off was his attitude. Curt, cold and borderline aggressive – I just didn't like the guy.

We never wound up working together, and I still wonder how much of it was because he was so unlikeable. And looking into it, I'm not the only one who sees the business value of likeability.

Why likeability is so important

Why do managers need to be likeable? It simply comes down to this: if people don't like you, they don't want to work with you. Even if you're competent, nobody wants a manager that's hard to get on with.

Not everyone believes this. Perry Yeatman, CEO of Perry Yeatman Global Partners, writes for Fortune Magazine that he believes likeability is nice, but it's not a 'must-have' in business.

"In business, trust, respect and what I call "value-add" are way more important than looks and likability," he says. "This is just another reason why I'm in business not politics."

People say that they value competence over likeability, but their actions say otherwise.

But according to research from Harvard Business School (HBS)'s Working Knowledge portal, Yeatman and those who share his opinion are fooling themselves. When asked, most people say that they value competence over likeability, but their actions say something different. When they're hiring someone new, or looking to collaborate on a project, they tend to go with people they like – even if there's a more competent, but more unpleasant, alternative.

Tiziana Casciaro and Miguel Sousa Lobo, the HBS researchers, write that when it comes to working relationships, personal feelings play more of a role than we commonly acknowledge.

"Feelings worked as a gating factor: We found that if someone is strongly disliked, it's almost irrelevant whether or not she is competent; people won't want to work with her anyway," Casciaro and Sousa Lobo say. "By contrast, if someone is liked, his colleagues will seek out every little bit of competence he has to offer."

What can I do to be more likeable?

It's tempting to think of likeability as some innate trait you're born with. You either have it or you don't. But that's a mistake, according to author and Emotional Intelligence consultant Travis Bradberry. He argues that likeability is something you can control. It comes down to your awareness of others.

Bradberry suggests the following ways to show others that you're aware, engaged and open:

Be yourself. Nobody likes a phony, and if you're natural and comfortable then others will be comfortable around you.

Smile. People unconsciously mirror each other's body language, Bradberry says. Smiling at people means they'll smile too – and you're the person that made them.

Learn people's names (and use them). Even if you don't work directly with someone, make an effort to know who they are. That effort shows them you think of them as a person, not a business tool.

Ask questions. It shows people you're listening and that you care about what they're saying. People respect that you've made the effort to engage with them.

Ben Decker, chief executive officer of Decker Communications, tells the Wall Street Journal that there are three behaviours that are most important to being likeable: making eye contact, smiling naturally, and varying your tone of voice (to give across warmth and enthusiasm). This echoes Bradberry's advice that you should be friendly and be yourself.

Decker also says that the ability to find common ground with others is crucial to being likeable. Communication skills training will help you get to know what values you share with others.

Great leadership is a balancing act of many skills. ICML offers leadership training that covers not only the practical steps of god management but also the concepts and attitudes that will make you a likeable, respected and effective leader.