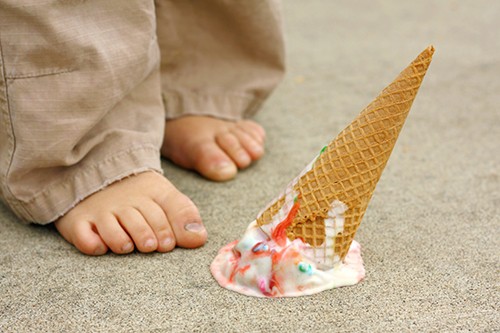 It's only a matter of time before you make a mistake as you work through the learnings from your management training. Everyone screws up, but it's how you handle your mistake that determines how quickly you'll be forgiven.

This is even more the case in the current information sharing age. Today your company's screw-ups aren't just seen by your colleagues and competitors, but shared around and judged on social media.

So what can you do to minimise the public fallout from these mistakes? Own them.

Making your mistakes yours

When something goes wrong, the leaders who cope with it best are those who accept it and deal with it. They acknowledge, apologise, and move forward. Avoiding the problem, or passing the buck and denying responsibility only makes you look untrustworthy. They also delay resolving the issue, which stretches out the problem and adds to the poor public reception.

When something goes wrong, the leaders who cope with it best are those who accept it and deal with it.

Compare PricewaterhouseCoopers' prompt apology after the Oscars screw-up with Uber's slow and dismissive handling of the spate of bad press against them. Who's looking more responsible, despite their mistake?

Lanny J. Davis, lawyer and crisis manager for the Clinton administration, recommends putting out your bad news yourself. This makes you look honest and forthcoming, and has the benefit of letting you define the issue, rather than your detractors. Voluntarily admitting to a mistake, apologising, and take steps to fix it, looks a lot better than waiting until the publicity is out there and then you're on the defensive.

Management has to take responsibility publicly and privately

This affects not only how you are seen by the public, but also by your team. A manager who is willing to own up to mistakes, and take responsibility for their actions – and those of their team – is going to earn that team's trust and respect. And it goes the other way if you don't take responsibility for your team's mistakes. As management and organisation development consultant Susan M. Heathfield writes for The Balance, managers who throw their subordinates under the bus destroy the trust between employees and management.

Good leadership isn't about doing the exact right thing all the time. It's about learning and developing with each new situation. If you want to push your leadership skills, ICML offer leadership training courses in Melbourne. Get in touch today to find out more.