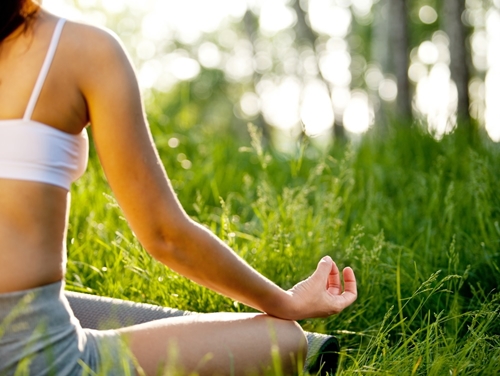 How can mindfulness boost productivity?

Mindfulness might seem like a buzzword or a passing fad, but it is much more than that. Instead, being mindful is about becoming more aware of your surroundings, choices and self.

Knowing how to be mindful, and how to bring mindfulness to your workplace, is an ideal ability that all managers and leaders should learn.

What’s the science behind it?

One of the first objections people have when mindfulness is brought up is that it is not scientifically proven. This is usually followed by claims that it is solely for monks and mystics.

They would be wrong. Many studies in the last five years have pushed mindfulness to the forefront of scientific thought.

In 2014, INSEAD, a French research school, found that doing a barely noticeable 15 minutes of meditation could result in more rational choices. The research was investigating a particular human phenomenon known as sunk-cost fallacy.

In economics, a sunk cost is money that has been spent and cannot be reclaimed. The fallacy is the decision to continue with a project because of the money already spent, even though past costs should be irrelevant in future decision-making.

INSEAD found that participants who used meditation were more likely to make rational decisions by focusing on the information they had in the present.

Researchers also found that mindfulness led to higher productivity. They argued that it stemmed from a more efficient decision-making process, which reduced the time spent analysing problems.

It improves your brain!

A second study, conducted in 2010 by a team led by Harvard-affiliated researchers at Massachusetts General Hospital, found that meditation led to changes in grey matter density.

Grey matter is home to the majority of your brain’s neurons and synapses, both of which are associated with its ability to process information. Further, grey matter density is positively associated with a range of activities such as better decision-making, improved short-term memory and emotional stability.

Yes, that’s right, your brain changes when you meditate.

Do other companies employ mindfulness?

A well-run HR department sees well-being as a central component of its policies.

“Taken together, these moves have transformed a stodgy insurance company into one of the most progressive actors in corporate America,” Mr Gelles wrote.

So far, over 13,000 staff members have taken part. Furthermore, they have seen a 28 per cent drop in stress levels, 20 per cent rise in sleep quality and a 19 per cent decrease in reported pain.

How can I bring this to my office?

Aetna is a massive company with a big budget, but you can still bring mindfulness to your own workplace.

There is a range of free courses you can take, but it is important you use management and leadership training to know how to incorporate it.

So how about it? Instead of being just another manager, be the innovative leader your workplace needs. Contact ICML today to talk about mindfulness programs.