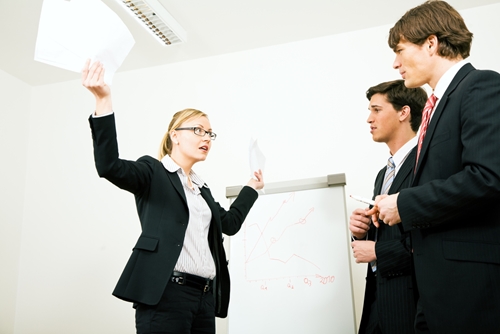 How rude: Impoliteness at work takes its toll on performance

There are times when being a little short with someone may seem like the only course of action in the workplace. Those seemingly insignificant conversations just may not seem important. After all, everyone has deadlines to meet and bosses to satisfy.

Overt rudeness is becoming common as the workplace at large grows to be more time poor. However, impoliteness can have a hugely negative affect on team performance.

In fact, an article from The New York Times pointed to the fact that bosses (supposed leaders!) are some of the most blunt and ungracious people within any organisation. Moreover, there actions have a demoralising affect on their peers.

These habits are found to be particularly detrimental:

So, how much of an impact can rudeness have on morale and performance? Well, in short, a huge one. Research collated jointly by the University of Southern California and the University of Florida explained that those who are consistently subjected to impoliteness from one individual will quickly build up a feeling of resentment.

They are then more focussed on an underlying desire for revenge than they are their work, the research surmised.

Negativity and rudeness can also limit a team’s ability to engage in creative problem solving. In two studies highlighted by The British Psychological Society, those that experience rudeness before a thought-driven task were less creative and came up fewer bright ideas.

Ultimately, every person in the workplace has a choice as to how they behave. In the case of leaders, as The New York Times article pointed out, there’s one basic question they should ask themselves about how they communicate: Do I want to pick people up or put them down?