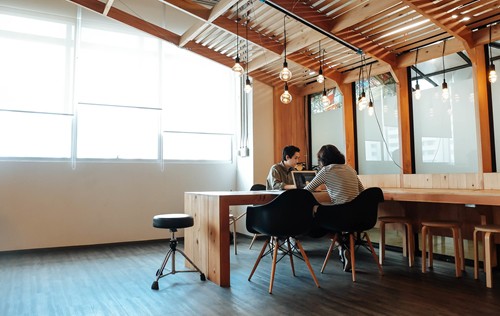 Conflict is rarely enjoyed by anyone. I know I used to avoid it at every chance I got. However, whether you’re an employee, team leader or business owner, understanding how to manage conflict is important. Without learning how to deal with it effectively, you let other people take control of the situation.

Here’s what you need to know to develop your conflict management skills.

Each strategy has different positives and negatives attached. You likely will have one technique that you tend to fall back on. However, people who are skilled in conflict management understand how to use each one and choose depending on the scenario.

For example, I knew a business owner who was brilliant at collaborating. It helped him create innovative solutions for his company and brought his employees on board with its aims. However, he used it too extensively. Even decisions around what coffee the company should use, or which stationery to buy, became a discussion. This ate up valuable time. Instead of recognising when collaboration wasn’t appropriate, he applied it like a heal-all.

Conflict is a clash of opinions and needs. However, it’s also a chance to figure out what drives other people, an opportunity to learn and a great time to practise your communication skills.

Try change your perspective on conflict. Think about how you view it currently and consider how accurate your opinions are. Do you look at confrontation as an opportunity for you and the other party to grow? Have you recognised that managing conflict is a necessary part of being a leader as well as taking control of your own life?

Adjusting how you think about confrontation can help reset your approach to it. Rather than thinking about it as a power struggle, or something to avoid, practise coming to it with an open mind. See if you can understand why they’re feeling as they do.

Dealing with heightened and volatile situations in person is daunting. Using a more distant medium, such as email, is a tempting option to handle conflict. However, although it allows you to step back and control your responses it also opens up space for miscommunication and misunderstanding.

Practise handling uncomfortable conversations in person. With time, you’ll learn how to pick up tells and read the situation, allowing you to better handle conflict.

3. Learn to recognise sources of conflict

Often the best way to deal with conflict is to solve the issue before it becomes a source of contention. Be proactive when it becomes obvious that conflict could arise. Put a positive spin on it. Assume good intentions. This puts everyone involved in a better frame of mind and avoids defensive reactions.

Use assertive communication to support conflict resolution before it begins. Changing how you word comments or requests can stop heated discussions and create collaboration and cohesion between team members instead.

So much of conflict is how you react to it. Understand your emotions. Maintain control over them and figure out what’s driving the confrontation on both sides. Developing and practicing your emotional intelligence allows you to:

Emotional intelligence is a vital factor in conflict management. By developing it in everyday situations, you’re preparing yourself for when conflict arises.

Don’t bring baggage into conflict. A discussion or confrontation can escalate when past frustrations are allowed to boil up.

Mindfulness is a powerful tool to help you focus on the core issue and not become sidetracked by other previous problems you’ve faced with someone.

For example, if you’re a team leader there’s a chance one of your staff has created difficulties for you in the past. If a new issue comes up with them it’s easy to have your frustration mount as you remember other times they’ve made your life hard.

Mindfulness brings you back to the present moment. It keeps you focused on what’s happening currently, while noting any time your thoughts begin to wander and dredge up old frustrations. This allows you to resolve the workplace conflict fairly and cleanly, without history getting in the way of the present.

Body language, tone and eye-contact all add significantly to a conversation. For example, a simple shrug in the middle of conflict may convey a dismissive attitude or frustration. As a team leader, not meeting someone’s eyes may reduce your standing and authority.

As you move around during the day, think about what non-verbal cues you’re making. You’ll find controlling them during a confrontation much simpler when you’re more aware of them. It will teach you more about reading the body language of others as well. Picking up on non-verbal communication helps you better understand how the other party is feeling, allowing you to tailor your reactions and achieve a more effective conflict resolution.

Creating a strong work culture requires confrontation to be handled well. If you’d like to know more about managing conflict in your workplace and developing stronger teams, get in contact with ICML today.