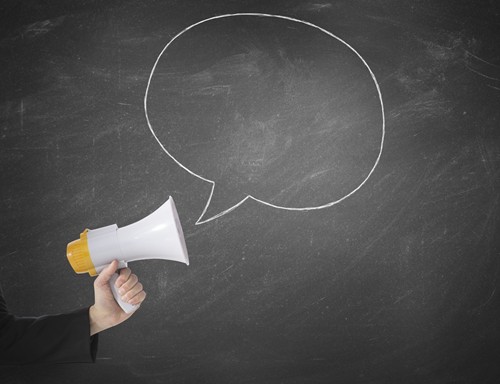 The art of charisma: Drop your script and get personal

When it comes to overcoming your fear of public speaking, preparation and practice are necessary. Practising can help calm your nerves and preparation can increase your confidence. But when does it become too much? Is there a point when over-practising actually begins to detract from your communication effectiveness?

Memorising your speech could spell disaster

According to Wall Street Journal Writer Sue Shellenbarger, blunders and mistakes are a major driver of peoples’ public speaking concerns. They don’t want to stutter on a difficult word, tell a joke that people don’t laugh at, or forget what they are saying. So to reduce any of these things happening, it’s common to think that the only solution is to memorise each and every word of your speech or even just choose to read off a script.

Author of “Fearless Speaking” Dr Gary Genard told Ms Shellenbarger that this is a very bad idea. When you memorise a speech word for word, you actually start to forget about the ideas. When you hit a blank, instead of easily being able to recover, you’ll find yourself reaching for a specific word and, in the word of Dr Genard, “suddenly you’re at sea.”

Remember that the audience hasn’t heard you practising. If you say something slightly different or forget to say that great one-liner you came up with, they will never know. You just have to push through. So having a general idea of the area rather than a specific list of instructions will help you navigate your way through to the end if you are to veer off track.

A research team led by Vanessa Van Edwards explored what made a great TED Talk, finding that extensive preparation can, in fact,  “kill charisma”. The actual process of memorising a script can make it sound unnatural and lose its energy – it sounds like being read to.

“Speakers who told stories, ad-libbed, and even yelled at the audience […] captivated the audience’s imagination and attention.”

Charisma arises from being flexible and responding to your audience. When you have a rigid set prepared, this is not possible unless you digress from your lines – and we all know what can happen if you step of the track into unchartered territory. According to Van Edwards, however, this is what makes a great speech.

“Speakers who told stories, ad-libbed, and even yelled at the audience – like Jamie Oliver in his TED talk – captivated the audience’s imagination and attention,” wrote Van Edwards.

It’s really all about being able to speak with confidence rather than having the best content to deliver. So if you struggle with public speaking, the Institute of Communication Management and Leadership is here for all of your communication skills training.