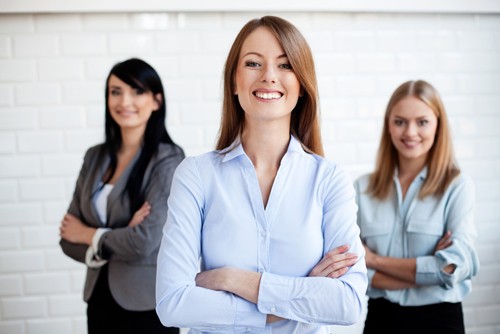 Why You Need More Women On Your Team

I like to think I put a lot of thought into my hiring practices. But one day, I looked up and realised I didn't have a lot of women on my staff, or more specifically, a given team. I figured out my mistake in time to fix the problem during my next round of hiring, and as a manager you certainly need to ask yourself if you've done the same. Whether this is a company-wide problem or one that is relegated to only a few groups within your office, it's something that needs to be fixed.

That's true for a lot of reasons. In fact, there has been plenty of research in the past several years to back up one simple fact: Women make your teams more productive and innovative. Global research conducted at Harvard shows, based on data from more than 1,000 companies in dozens of industries, that for every 10% a company's gender diversity increases, a firm's value increased by roughly 7%.

However, researchers were also quick to point out that this isn't gender diversity for its own sake: Rather, there was almost no impact if there wasn't a broad belief within a team, organisation or even an entire industry that gender diversity was valuable in the overall workplace culture. Put another way, that meant I couldn't just hire women to fill roles for the sake of saying, "I have hired this many women to increase diversity," but rather had to normalise their role in my company.

That does not, however, mean you have to strive for a perfect 50-50 balance between men and women on your payroll. The latest Chief Executive Women ASX200 Senior Executive Census recommends more of a 40-40-20 balance: Strive to have at least 40% of your workforce made up of men, 40% made up of women, and the remaining 20% can be flexible. You should still try to build a fairly even split in that remaining 20%, but it's not absolutely necessary.

Of course, I wasn't alone in finding that striking such a balance is easier said than done. Only 30 of the 200 companies examined by the CEW Census had fully reached that kind of balance on their executive leadership team, but another 34 were getting closer to that level than they were a year earlier. Perhaps not surprisingly, companies with women in the CEO role were more than 70% more likely to have women in other leadership positions than those helmed by men.

What about difficult industries

While my company is not in a sector that is traditionally dominated by men, there are certainly some that are seen as being more male-friendly than others. The latest data from the Australian Human Rights Commission shows that while women make up almost 46% of Australia's total workforce, there are some industries where that number is far, far lower. These include utilities (22.6%), mining (15.1%) and construction (11.8%).

The Human Rights Commission estimates that if all sectors of the economy were to get larger shares of women in their total workforces, management or not, the nation's GDP could rise by as much as 11%.

What can you do?

If you're trying to increase gender equality in your workplace, ICML has two great courses to do so. First is diversity awareness training, which will tell you more about why it's so important to get people of all different backgrounds under your roof. And, if you're like me and didn't even realise this was an issue until it was glaringly obvious, you may also need some unconscious bias training to ensure you can avoid these issues in the first place.